I wonder how many Americans realize that Liberal / Conservative, Left-Wing / Right-Wing Politics are not a unique phenomena of conflict belonging exclusively to the United States? I wonder if Americans are aware that these same divisional, obstructive conflicts play out all over the world, in almost every government, often over even more extreme issues and in more paralyzingly manifestations than here at home?

Interviews with “the average American on the street” and “the lack of potential voter participation” suggests that U.S. Citizens are either; easily distracted with other priorities, care little for the future of their country and their welfare, consider themselves just too powerless to make a difference in a politically rigged system, or are self-centered, narcissistic numbskulls and dumb as rocks? It’s probably a little of “all of the above”.

I’ve heard a variety of comments about Britain leaving the European Union from major “Media Experts”, both English and American, both pro and con. And depending on who you chose to listen to, who you chose to “believe”, you’re most likely to be at ease with the outcome of “Brexit”, or perhaps you’re a tad uncomfortable and just a bit worried? Regardless of your “feelings”, one thing can’t be denied, not here in America or “across the pond” in Europe; the Right is on the Rise…!!!

You have to tip your hat to the Far Right, to the Neo-Conservatives. They’ve done a remarkable job rewriting History; indicting President Obama and Secretaty Clinton for the terrorism of ISIS while painting George W. Bush and Vice President Cheney blameless. “If only we’d have stayed in Iraq forever, the horror of Jihad and a Caliphate would never have happened”!

Many Americans think the Great Depression only effected the U.S. They don’t realize it stretched around the world causing chaos and calamity in almost every major country. The very same conditions that led to World War Two now exist all over the globe; financial insecurity and uncertainty, extreme wealth in the hands of a few coupled with mass poverty and unemployment, lack of trust in Banking and Buerocracies, corrupt, unstable, disfunctional failing governments, corporate monopolies gobbling up each other and eliminating innovation and competition, decaying cities, wide spread violence amongst the citizenry, police brutality, Nationalism, Far Right-Wing Religious Movements and Fascist Organizations growing stronger every day.

Like I said, you have to tip your hat to the American Far Right, the Neo-Conservatives. Not only have they rewritten History, they’ve convinced many of Bernie Sanders’ supporters, through fake Google website info posts and nefarious blogs, that Hillary Clinton is the devil incarnate, a psychopath, a war monger, “Hitlery” herself. Yes, she voted for the Iraq War. Lots of Liberals did. They trusted what the CIA and General / Secretary Colin Powell were reporting as “evidence” of weapons of mass destruction in Iraq, and so did the majority of Americans. They believed that supporting President Bush was “patriotic” and the right thing to do. Hillary was a New York Senator at the time of 9/11. Can you imagine the outrage in New York had she broken with the President and New York grief? Much easier to vote nay if you’re a Junior Senator from Illinois or an Independent Senator from Vermont. Yeah, I know, that’s gonna piss a lot of you off, but that’s politics… 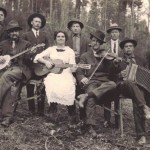 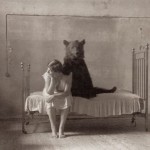 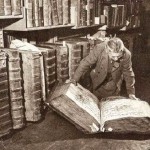 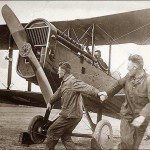